Waterfront sales activity recorded through the MLS® system of Muskoka Haliburton Orillia – The Lakelands Association of REALTORS® rose 17.3 per cent year-over-year to 244 units in August 2016 compared to the same month in 2015.

On a year-to-date basis waterfront sales were up 13.8 per cent from the first eight months of 2015. This was the best start to any year on record.

“With residential non-waterfront and Waterfront sales both setting records for the month of August, both segments of the market remain on track for new annual sales records this year,” said Mike Taylor, President of Muskoka Haliburton Orillia – The Lakelands Association of REALTORS®. “The median prices for non-waterfront and waterfront properties both also posted sizeable year-over-year gains in August.”

The total value of waterfront sales was $186.4 million, jumping 51.8 per cent from August of last year. This was the highest level of any month on record. 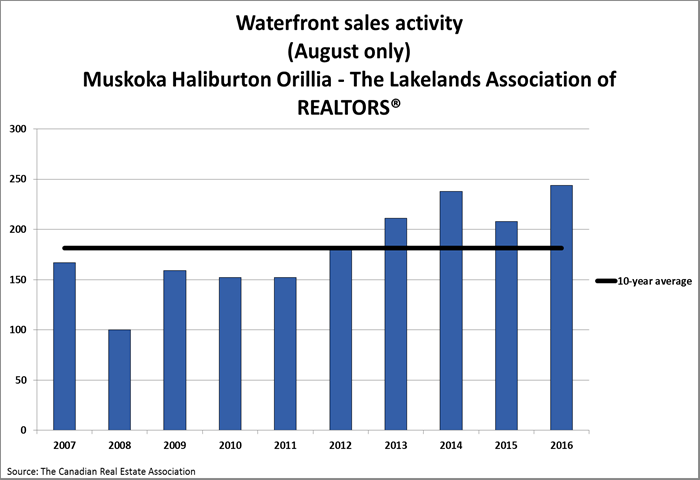 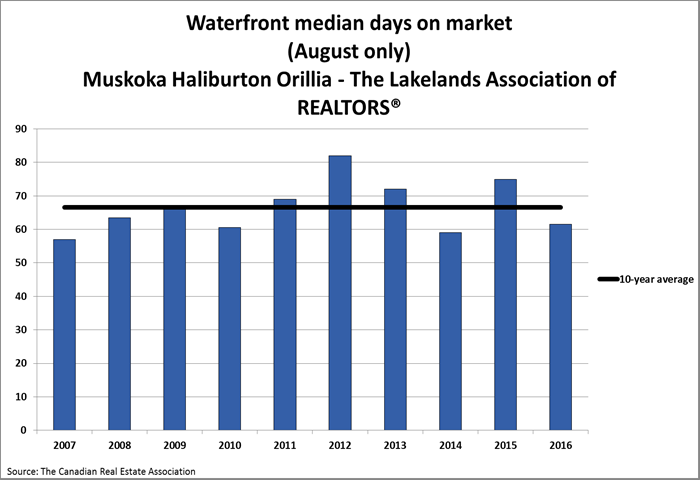