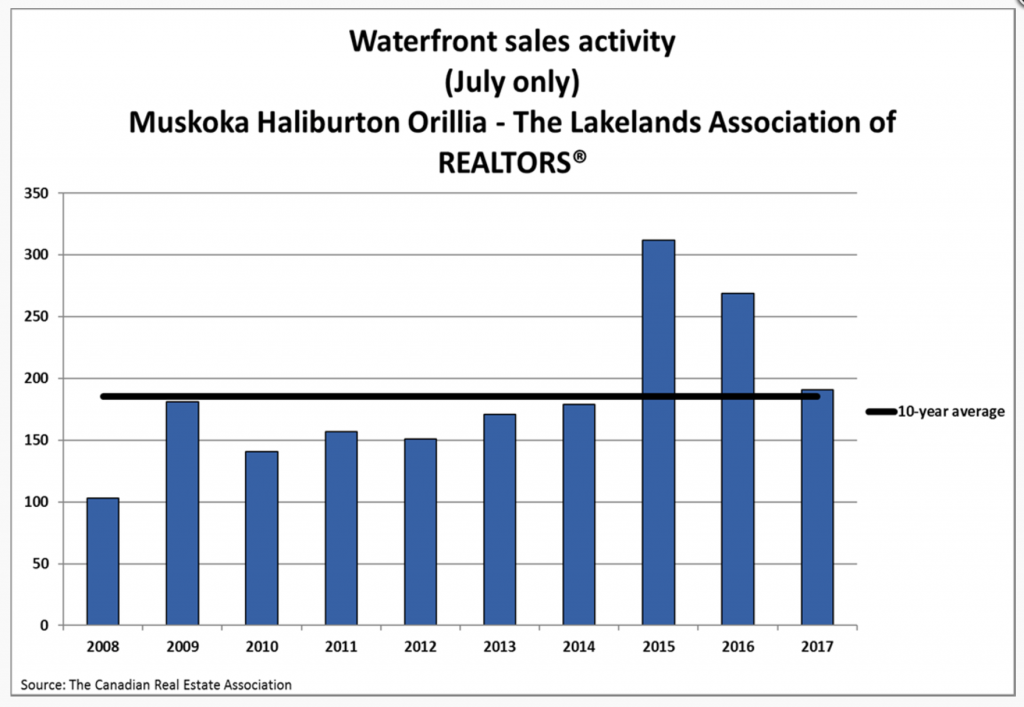 Sales of waterfront properties recorded through the MLS® system of Muskoka Haliburton Orillia – The Lakelands Association of REALTORS® came in 29% below last July. On a year-to-date basis, waterfront sales were down 9.9% from the first seven months of 2016. This was still the second highest level on record for this period. 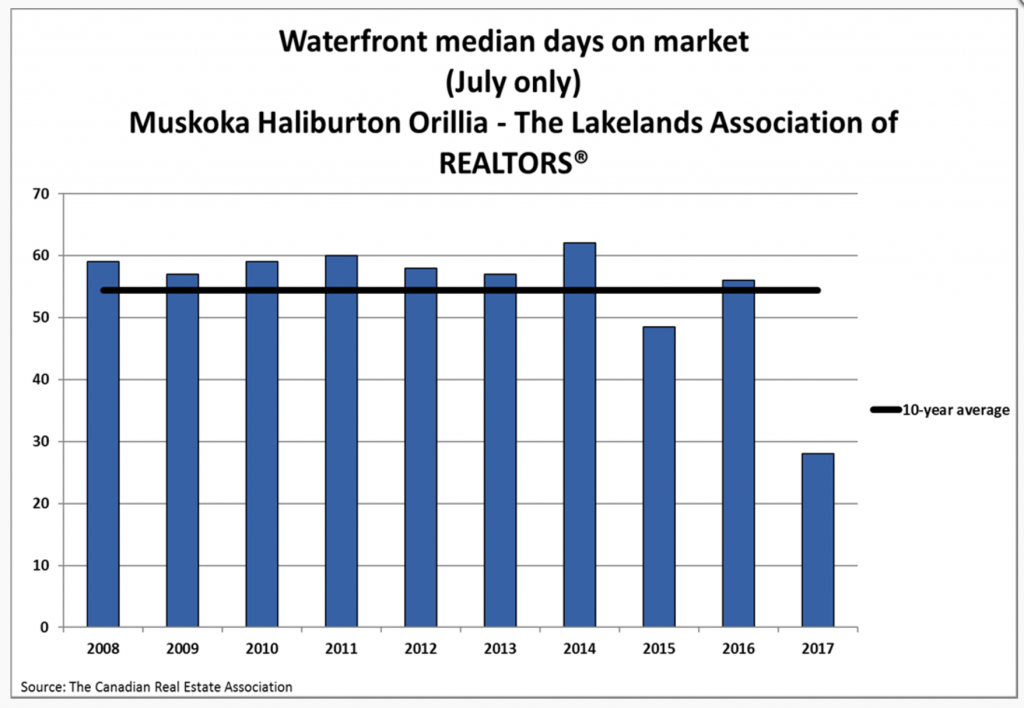 “Sales have slowed noticeably this summer, going from record levels in the spring back to historically more average levels in the space of just two months,” said Mike Stahls, President of Muskoka Haliburton Orillia – The Lakelands Association of REALTORS®. “That said, inventories in Cottage Country remain near record lows so the market is still very tight even with a number of buyers having moved to the sidelines this summer.” 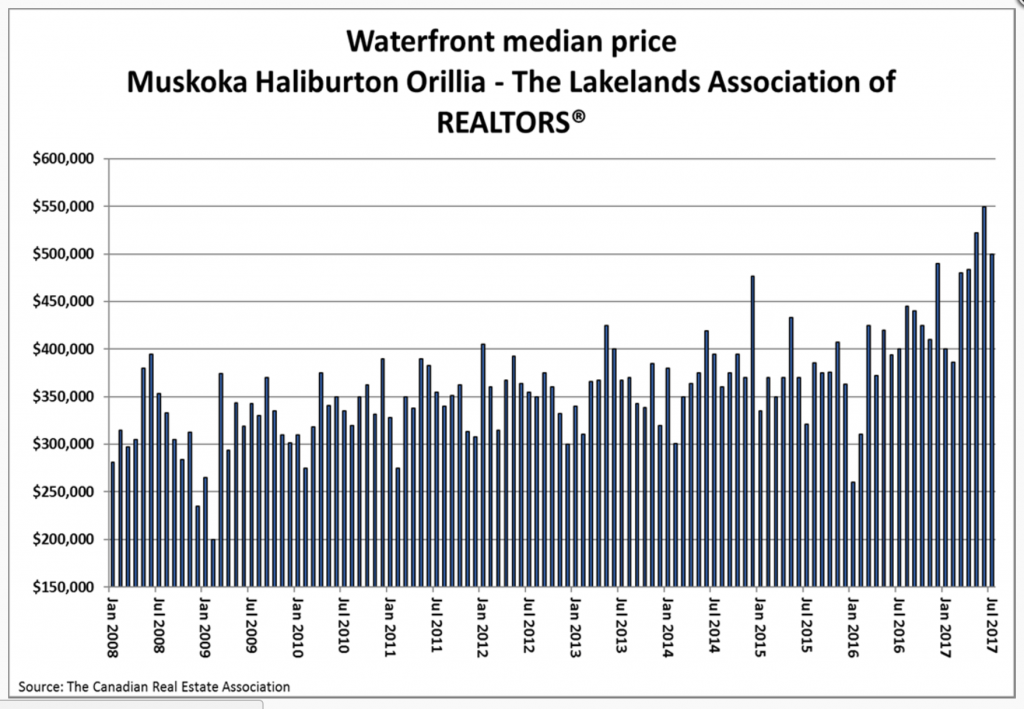 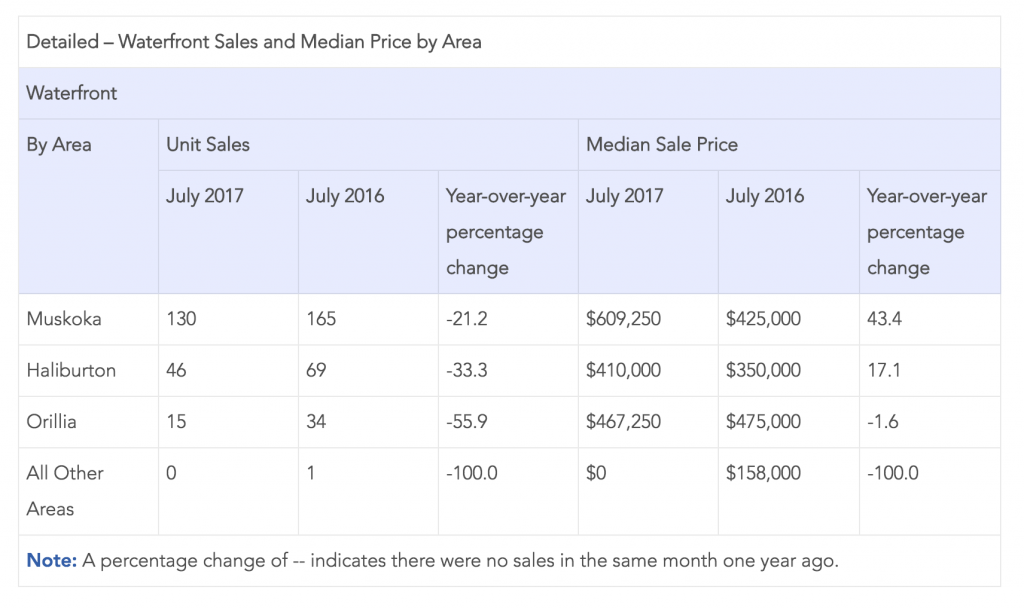 The area served by the more than 700 REALTORS® who belong to Muskoka Haliburton Orillia – The Lakelands Association of REALTORS® serving Muskoka, Haliburton and Orillia, is located less than a two-hour drive north of Toronto, in the heart of Canada’s Cottage Country. There are several major geographical areas within the Association’s boundaries, including the City of Orillia, Gravenhurst, Bracebridge, Muskoka Lakes, Huntsville, Almaguin Highlands, Lake of Bays and Haliburton. Each of these areas has a unique blend of properties ranging from residential homes in the City of Orillia and smaller towns to the rural areas in-between, as well as a mix of waterfront homes/cottages on the many rivers and lakes throughout our regions that range from the smaller entry level properties to the prestigious.