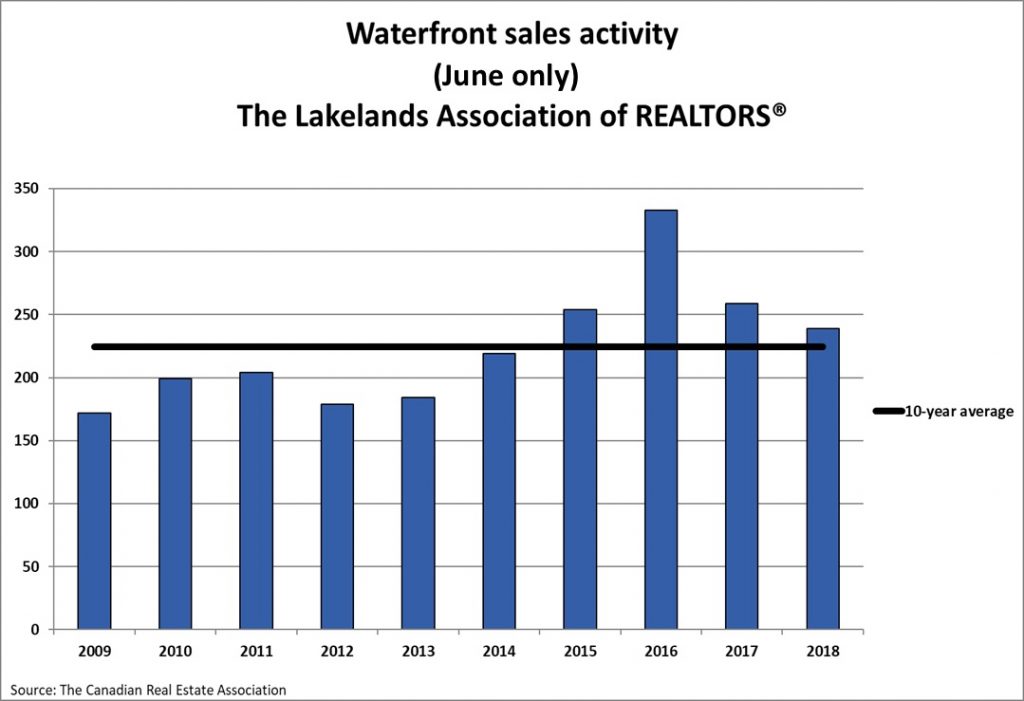 Sales of waterfront properties recorded through the MLS® System for the Lakelands region numbered 239 units in June 2018 . This was down just 7.7% from June 2017 and was the fourth best-ever June. It was abovethe 10-year June average and just slightly below five-year average for the month.

On a year-to-date basis, waterfront sales totalled 730 units over the first six months of the year. This was a decline of 31.5% from the same period in 2017. 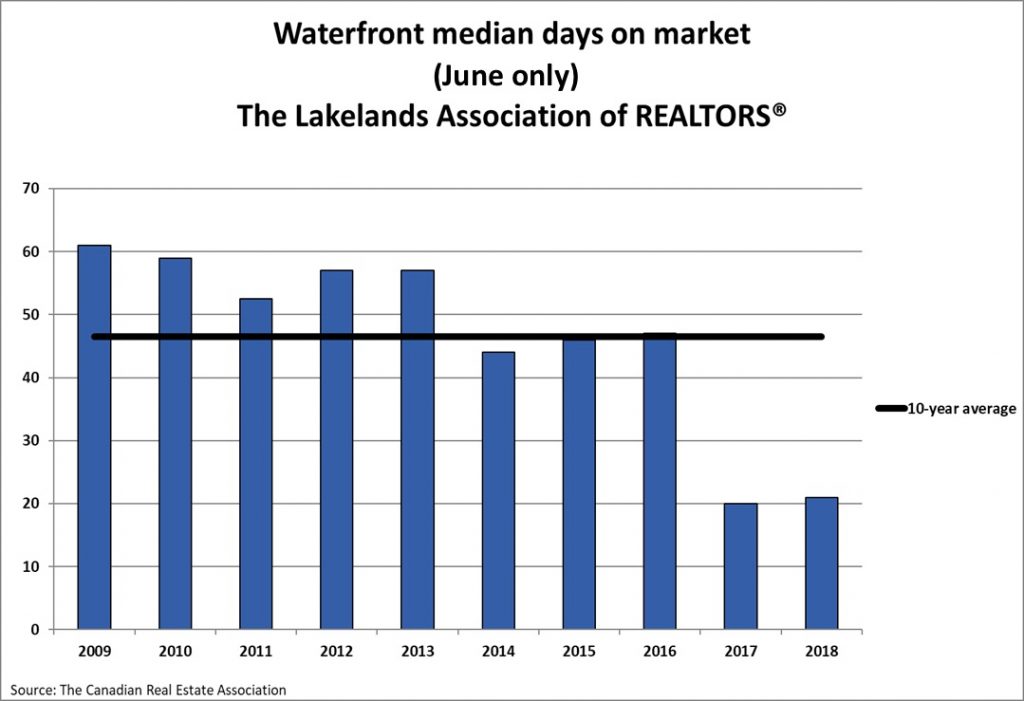 “While sales activity is still running below last year’s levels, June did mark a noticeable improvement from April and May, particularly for waterfront properties” said Mike Stahls, President of The Lakelands Association of REALTORS®. “A similar trend was recorded in Toronto and some other surrounding markets. It could be the beginning of a turnaround for sales in the Greater Golden Horseshoe and Cottage Country.” 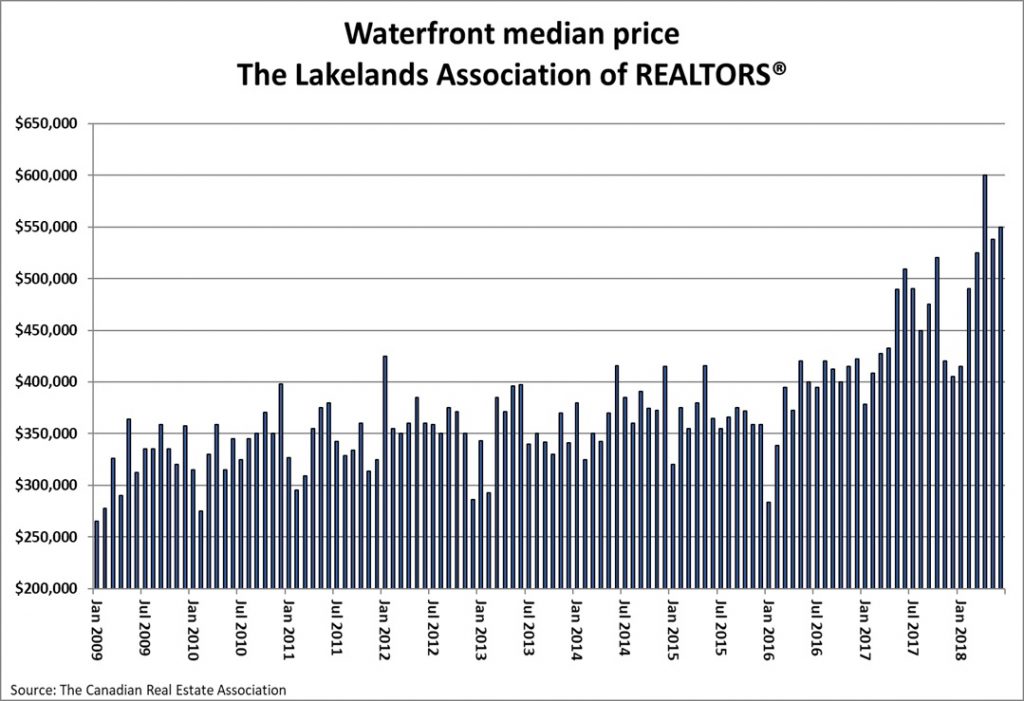 THE LAKELANDS ASSOCIATION OF REALTORS®