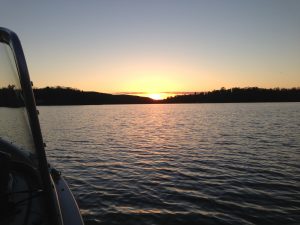 In April the provincial Liberal Government proposed the Ontario Fair Housing legislation, a bundle of measures to make housing fairer and more affordable for Ontario tenants and buyers. Although the proposed legislation – now law related to tenants – will have an Ontario-wide application, the legislation to make housing more affordable for buyers has a narrow application, affecting what is known as the golden horseshoe. The northern boundaries of the golden horseshoe extent to southern Georgian Bay. As a result, the Muskoka and area region is not caught by the new legislation.

Specifically, the new legislation will impose a 15 percent of purchase price tax if the buyer is a “foreign entity”. In other words, if the buyer is not a resident of Canada or a Canadian citizen.  There are numerous exemptions, but since the legislation does not apply to buyers and transactions in the Muskoka and area market place, a detailed explanation of these exemptions is beyond the scope of this Report.

The foreign buyers tax has had an immediate and dramatic impact on the Toronto and area market place. Since April 20th when the legislation was announced, sales have dropped by more than 30 percent, and the average sale price today compared to the mid-April high of $949,000 is almost $200,000 less. Since even the highest estimates indicate that only 5 percent of all purchases in the Toronto area market place were by foreign buyers, the new tax should not have had the dramatic impact that it has had. The effect is clearly psychological more than actual, since none of the area’s economic fundaments have changed.

Since the tax does not apply to transactions in the Muskoka and area market place, it should be of little importance, except for the possibility of the psychological spill-over effect seeping into the market place from the lack of market activity in the greater Toronto area.

As of the date of preparation of this Report there is no noticeable impact of the foreign buyer’s tax in the Muskoka and area market place. The main concern for the area is lack of inventory of recreational properties for sale. At the end of June, the Muskoka – Haliburton Association of Realtors had only 766 available recreational listings. This compares with 1187 for the same period last year, a decline of 35 percent. In 2015 there were 1511 active listings.

It comes as no surprise that with declining inventories the pattern of sales is somewhat fractured. Overall sales of recreational properties for the region were up by 3.2 percent compared to June 2016. In May they were up by 12 percent.

Sales on Muskoka’s big lakes were up by 10 percent. In May the year-to-date increase compared to last year was 19 percent. On Lake of Bays sales increased by a stunning 47 percent year-to-date. In May the increase was 45 percent.

For the second month in a row the only region showing a decline in sales is the Haliburton Highlands. In May the year-to-date decline was 10 percent. The market posted a further decline of 9.3 percent in June. Since the Haliburton Highlands region has had the greatest declines in inventory this year, these declines in sale, are probably inventory driven rather than by a lack of demand.

Notwithstanding these declines in inventory Chestnut Park and its sales representatives have outpaced the overall recreational market place. On a year-to-date basis sales are up by more than 7 percent compared to last year, which was the strongest year in the firm’s history, and the dollar volume of sales has increased by more than 27 percent.

For the time-being reduced inventory levels continue to put pressure on buyers, as they are being forced to pay more for desirable recreational properties. A phenomenon normally associated with the Toronto market place, namely multiple buyers bidding for the same property, is now more common in the region. Unless the market becomes impacted by the new provincial tax on foreign buyers, we can anticipate the market place continuing to tighten. At this point it is difficult to foresee what might drive sellers of recreational properties to bring their properties to market. After all, recreational properties are not traded for the same reasons as urban transactions. These sales are discretionary on the part of buyers, and driven by circumstances on the part of Sellers.